Most vehicles. Up to 5 quarts of oil. Other oils and specialty filters extra. Tire rotation at time of service. TPMS not included, see store about possible extra charge. Disposal fees extra, where permitted. Shop fees additional, see store for details and applicability. Prices and fees may vary in HI/AK. Not valid with other offers. Coupon must be presented at time of service. Void where prohibited. Valid at participating U.S. locations 5/20/2022 - 7/02/2022. 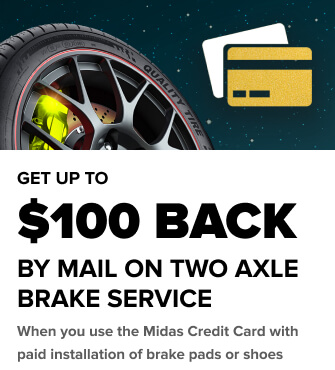 Most vehicles. See rebate form for details. Get $30 back per axle with paid installation of brake pads or shoes. Get an additional $20 back per axle when the purchase is made with the Midas Credit Card. Restrictions apply. Not valid on warranty service. Subject to credit approval. Shop fees additional, see store for details and applicability. Prices and fees may vary in HI/AK. Not valid with other offers. Coupon must be presented at time of service. No cash value. Void where prohibited. Valid at participating U.S. locations 5/20/2022 - 7/02/2022. 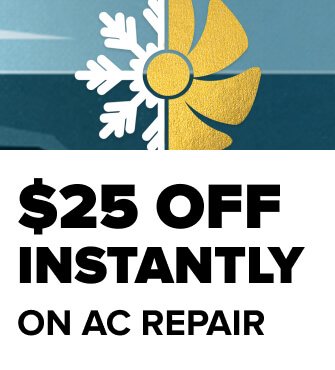 Most vehicles. Discount based on regular non discounted retail price. Shop fees additional, see store for details and applicability. Prices and fees may vary in HI/AK. Not valid with other offers. Coupon must be presented at time of service. No cash value. Void where prohibited. Valid at participating U.S. locations 5/01/2022 - 8/31/2022. 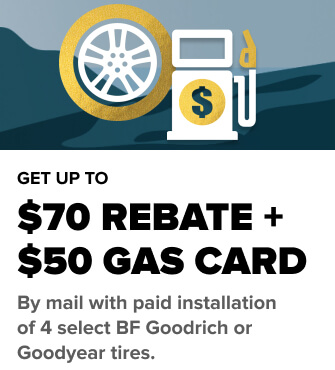 Most vehicles. Get up to $70 back on 4 select Michelin or BFGoodrich tires. Plus, get $50 back by mail payable in the form of a prepaid card on the purchase of 4 select tires. See rebate forms for full details. Eligibility depends on tire size and model. Installation extra. TPMS reset not included, see store about possible extra charge. Discount based on regular non-discounted retail price. Disposal fee extra, where permitted. Shop fees additional, see store for details and applicability. Prices and fees may vary in HI/AK. Not valid with other offers. Coupon must be presented at time of service. No cash value. Void where prohibited. Valid at participating U.S. locations 5/01/2022 –7/02/2022. 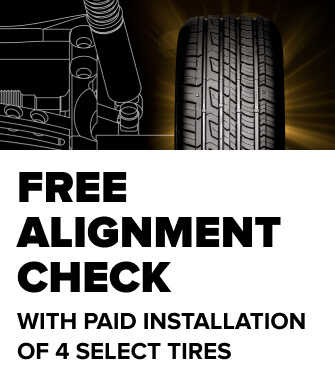 Most vehicles. TPMS reset not included, see store about possible extra charge. Discount based on regular non-discounted retail price. Disposal fee extra, where permitted. Shop fees additional, see store for details and applicability. Prices and fees may vary in HI/AK. Not valid with other offers. Coupon must be presented at time of service. No cash value. Void where prohibited. Valid at participating U.S. locations 1/01/2022 – 12/31/2022.

Midas westborough is your one-stop shop for brakes, oil changes, tires and all your auto repair needs.

Easy to get appointment. They diagnosed the problem with my car’s air conditioning and had it fixed the same day!!!! And I can TRUST the workmanship!

There was an issue with parts guy an argument issued. The guy left with parts. I got a free oil change.

I had to pay for brake rotors three times in the past 3 years due to the Midas mechanic misdiagnosed a problem with brake calipers sticking the last two visits at this Midas shop in Westborough, MA. I asked if Midas would waive the material cost of replacing the rotors a THIRD time due their mistake of misdiagnosing the root cause problem with brake calipers sticking - but the the Midas associate refused to do so which I believe is extremely unfair and unethical. I will NOT return to this Midas shop!

Palmer and the mechanics always go the xtra mile for me and point things out and even fixed my tire and took a nail out once when i was getting my brakes done they patched it and didnt even charge me!

Scheduled appointment for 8am and was seen on time without a delay. The Store Manager was awesome

Went to Midas in July for a much needed brake job I got there early Just before they opened The crew was Huddled with the regional manager and they were going over the game plan for the day! They were not officially open but they let me in and I got to lis

"Came here to have my tires balanced about a year ago, had my tires rotated today and found out they used the wrong size socket for the lug nuts. They are ruined. Have to buy all new lug nuts for all four tires. "

"All four cars in our household use Midas, mufflers, repairs,AC charge etc...Oil changes most common. We sent our 18 year old daughter there with her Saab 9-3 and they told her she had to have synthetic oil, then charged her $86 after a $10.00 coupon. They "

Took my 2012 Subaru Legacy there for muffler work and ended up replacing struts that were not broken. Total scam dont go there. Will be taking to small claims court for $900 refund.

Here it was a holiday weekend and I saw a nail in my rear tire! The Manager welcomed me and said there was no problem he could get me right in! I had envisioned waiting an eternity but all was done in a reasonable amount of time! Before I knew it I was on

service was great. on time and all work was as expected.

"As always, they do a great job and provide honest recommendations for me so I can make an informed decision on any repairs."

Midas in Westborough is excellent

"Russell and his Team did excellent job again and always been.We been bringing our cars there for different reasons during the year and always return with good results. Honesty and trust is the key along with experience ,stay awesome guys.see you in next "

I asked them to rotate the tires they said not required however my service booklet recommended. Next time going to Subaru service center.

Still waiting. And then he asks what year my car is. I heard him order 2017 on the phone and worried he meant my car... which is 2018. I should have said something. Now I'm stuck here another hour. So 4 hour total when it's all said and done for brakes

Tom was awesome to deal with!! I wouldn?t consider going anywhere else for my car!

I went there for a oil change.I told them that I just wanted a oil change and nothing else because I was running out of time. They sad okay about 15 minutes it would be done.But then... They didn?t ask which oil I would like and it took a hour to get done!

"I've been coming to Midas in Westborough for 20 years and trust them to provide an excellent service on my car. They're punctual, professional, and courteous. Better still, they will never push you to commit to more repairs than you actually need. Highly r"

"Had a quote from the dealer to replace a bad flex pipe. $2,000. When I pointed out the car was almost 20 years old, and declined that work, they offered a second solution of welding the pipe. This would run about $850. I called Midas, asked them for a "

Midas in Westboro always does great work and are honest!

Fine balanced them too. Worth it.

Been going to this Midas for years when Lou was there. He was wonderful and never had to second guess if the work was actually done. Lou is no longer there. I went in for a synthetic oil change on my newly purchased Buick and left not even knowing if I had

Customer service was poor. They forgot oil change paperwork to show what was done and the status of my cars health, etc. Im never going back to this Midas location.

Lou there is great he tells you like it is. What needs to be done now and can wait.

"I brought my Honda Pilot in due to a check engine light, the Midas employee diagnosed it as a bad coil and oil fouled spark plug, he was ready to charge me over $700 for the repair. I declined and did research on my end. Appears this was an issue with the "

"I had the unfortunate experience of having trouble with my truck, it's very old and takes a lot of heat and drilling to fix. Not only was my vehicle fixed, though anything wrong with my truck parallel to safety issues were all addressed, fixed and for a ve"

"I normally have really good service here, but this time they missed the mark. I called, spoke to Stephen to schedule the apt and left my car there from lunch to 5pm. I specifically requested to rotate the tires, and asked if there was an additional charge."

"I came in to get an old change not something i normally do, as it was one thing my fiance took care of all the time - since he passed away about month now, i made an appointment for the card - i updated them i needed to change the account because My fiance"

Zack the Manager of Midas Westborough is a Cheater. I asked him to check if there is any issues with my car.He charged me for just Visual analysis. I guarantee that he did NO Diagnosis the way he responded to my car issue.Zach is arrogant and does not care

"Tech that did my oil change was ""EXCELLENT"" he went above and beyond and described to me exactly what I need for future maintenance."